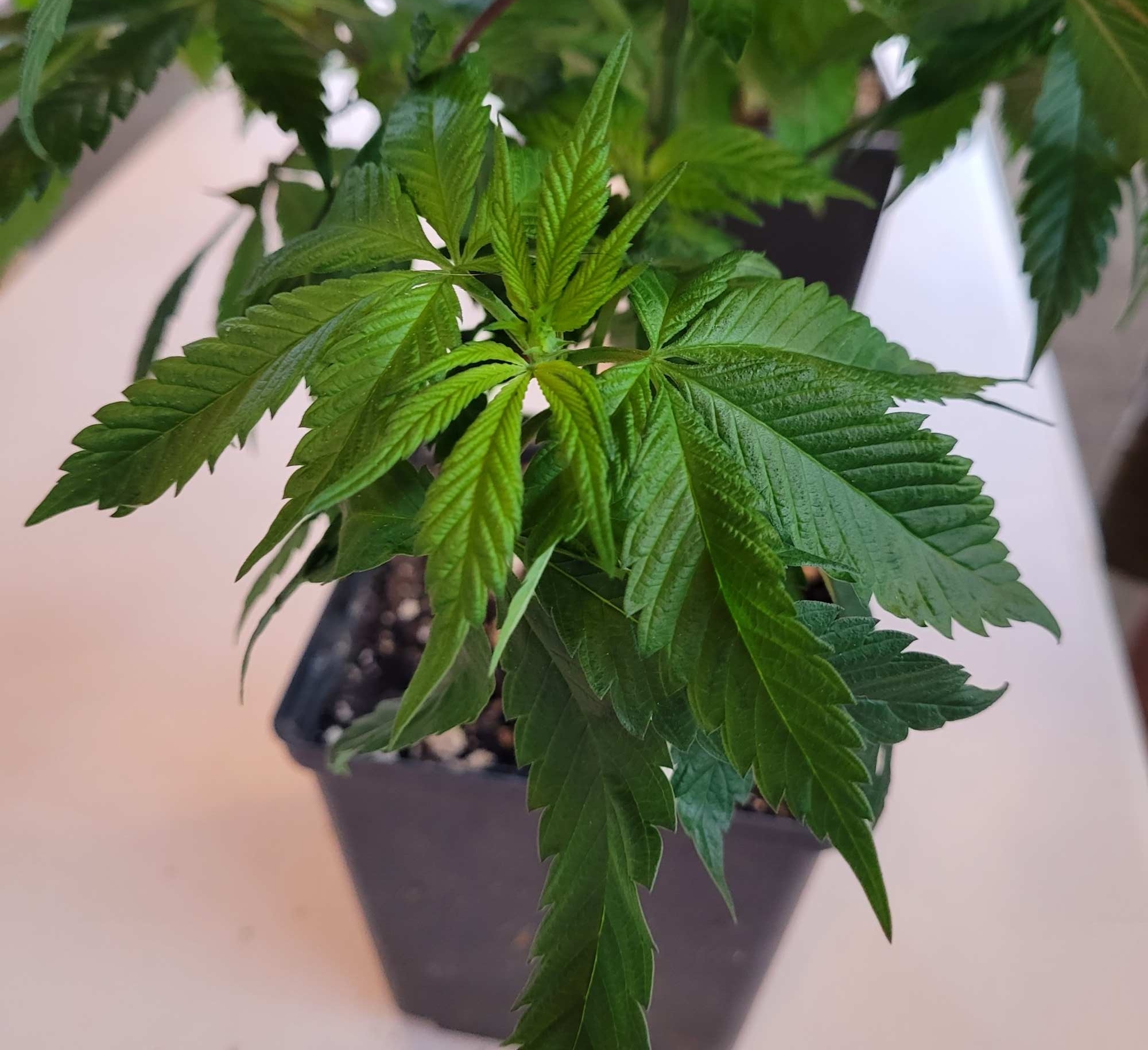 Cannabis Basics for the Home Grower

As students studying horticulture at PHC, our assemblage of subjects have been expansive. Why not include how to grow a plant of such medicinal and beneficial value? We learned such a wealth of information from the very knowledgeable and affable Jo Wyld and we had such a wonderful time doing it. The idea of growing a plant that many consider to be laborious can be daunting but with the help of people with a passion, we get the privilege of this shared knowledge to endeavour into the world of growing Cannabis!

The history of Cannabis is especially striking. There is evidence of its use as far back as 12 000 BC in Asia (cue Jo making a joke that of course there was evidence of Cannabis use in the Stone Age) and was used to make clothing, rope, paper, and many other applications. There is also evidence of its religious symbolism in India as far back as 10 000 BC and it is still considered one of the five most sacred plants on Earth in India. In 1910, Cannabis in North America was mostly used in tinctures. In the 1920’s, Mexican people began to immigrate to the United States during the depression and they smoked Cannabis. This was not something popularly practiced by the people of the USA. Because of the great depression and the immigration of the Mexican people, there was racial hostility and blame of jobs being stolen put on the Mexican people immigrating into North America. The racial divide led to a negative connotation of Cannabis use and even derived a racially loaded word for the plant: marijuana. This was the beginning of the villainization of Cannabis use. In 1936, a church group released a movie titled “Tell Your Children” sparking the Reefer Madness hysteria in white communities which was meant to scare children into believing Cannabis was a gateway drug and would lead to misery, misfortune, and heavy drug use. The government utilised this movie and began to spread propaganda about the nemesis that is Cannabis. Come 1937, the Marijuana Tax Act was put into action. This put heavy taxes on Cannabis so no one bought it due to the tax expense. This further built the foundation for criminalising the plant. It began to be associated with crime and the people who were put to blame were Mexican people and Black people. In the 1990’s, most Cannabis was being brought in from Mexico. However, Reagan and his “War on Drugs” campaign forced Mexican Cannabis farmers to kill their crops. This led to a large number of indoor growing operations. It wasn’t until 2001 in Canada did the use of medical marijuana become legal for those going through chemotherapy, arthritic pain, and eating disorders. There were still strict processes attached to these medical uses. At last, in 2018, it became legal in Canada!

Cannabis is the genus while indica, sativa, and ruderalis are the different species under Cannabis. The sativa strain has the effects of being uplifting, energetic, and recommended for daytime use. It grows up to sixteen feet tall so it is usually grown outside. On the other hand, indica is high in resin, which is good for pain relief, insomnia, and relaxing. It is good for growing indoors as it grows fat and short plants. The ruderalis strain is native to Asia and is adapted to harsh environments. It is the smallest strain and does not need a photoperiod meaning it auto flowers once it reaches its matured height. It has a mild THC concentration in it and is mostly used for its CBD concentration. THC is what makes someone buzzed and CBD is the medicinal aspect that can help with many bodily ailments such as pain, anxiety, and numerous other conditions. All strains of Cannabis originate from a strand referred to as landrace which is now incredibly difficult to find. Landrace is one of the original strains of Cannabis and it forms its own colony and customises well to its environment so it is highly sought after. Not only is it for medical use but Cannabis grown for hemp has over 50 000 different uses! This includes personal hygiene products, building materials, and many more! Hemp is grown with Cannabis sativa but has less than 0.3% THC concentration within it.

To grow Cannabis from seed, you first must soak the seeds in a wet paper towel for twenty-four hours or until a little sprout begins to emerge. Once the seedling begins to develop, it will be in this stage for about two to three weeks, needing eighteen to twenty-four hours of sunlight and an oscillating fan to promote plant strength. At the end of this period, the plant enters what’s called the vegetable stage where it can stay for two to eight weeks or even longer. This is the stage right before the plant begins to flower. To be rewarded with a flowering period, the plant needs sixty days of humidity that sits around 60-80%. Air circulation is vital throughout its life to keep the plant happy. During the growing process, it is important to closely inspect your plants daily for pests and disease (even better if you have a magnifying glass for those pesky small pests). Spider mites, fungus gnats, root aphids, and bud rot are common issues when growing Cannabis. But fear not! The combination of 1⁄2 of an aspirin, 1 teaspoon of baking soda, 1-2 tablespoons of neem oil, and a few drops of dish soap in 1 litre of water is a catch all for most of these issues. This combination even works against sooty mould and powdery mildew! But when using neem oil or any insecticide, many are non-selective meaning using it outside can harm our beneficial insects and pollinators.

When harvesting Cannabis, it’s important to pay attention to the trichomes on the female flower (Cannabis flowers on terminal buds which means it grows at the tip of a shoot). Trichomes are little hairs that sit on plant leaves that are present to deter pests from taking a nibble, protect against fungi, and protect against the elements. In Cannabis plants, the trichomes hold the THC and the CBD oil which is essentially what one would be looking to have for recreational or medical use. When the female flower is nearing harvest, it will turn a rusty brown colour and the trichomes will be opaque or cloudy (this is where a magnifying glass would be beneficial). The flowers can then be cut and hung to dry at a humidity of 50% or less but not too dry because the slower it dries, the better the curation will be. You can also cut the buds individually and put them in a tiered herb drying rack or a dry flower cabinet. The drying process takes about one to two weeks. The slower its dries, the better. This results in better curation. Then finally, you have a home grown bud! It is best stored in a mason jar for freshness and can be stored in this way for about one year!

The opportunity to be educated by Jo Wyld was an experience not soon to be forgotten. The Pacific Horticulture College has been phenomenal in its diversity of instructors that present such passionate learning spaces and willingness to pass on their plant wisdom to us saplings. If anyone is at all interested in the hobby of Cannabis growing, then Jo Wyld’s workshop is a must! 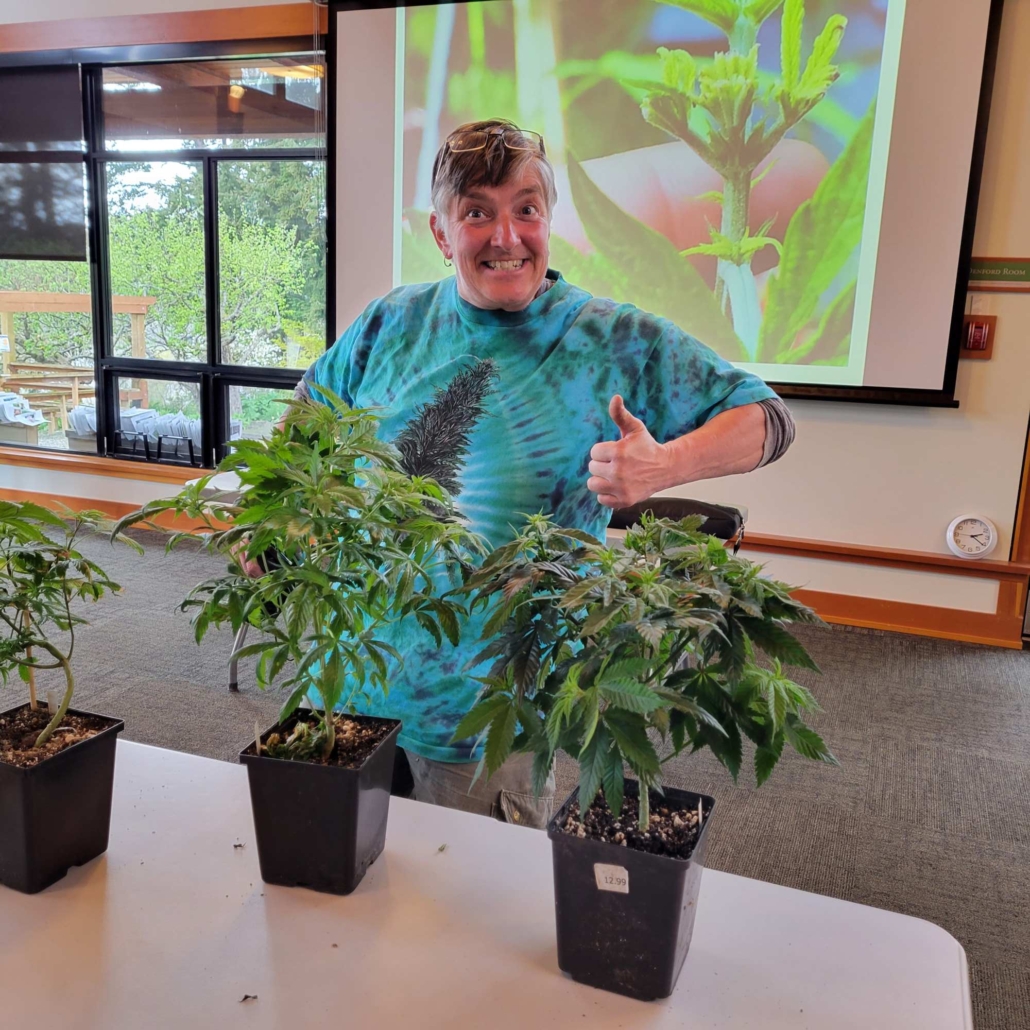