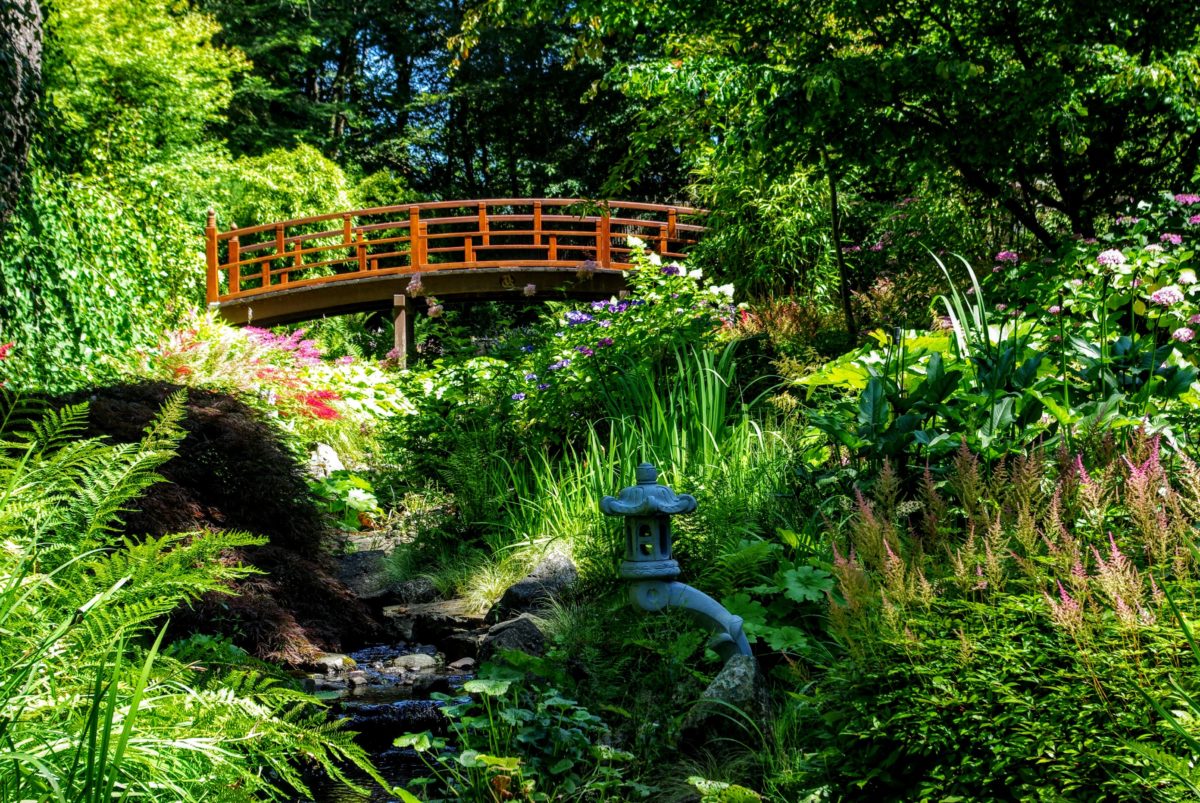 Named for the Takata family who owned and operated a Japanese garden in Esquimalt from 1907-1942. When they were forced to leave Victoria they gave many plants to their Gorge neighbours including 2 Japanese maple now over 100 years old that were transplanted here in 2008 as a gift from one of those neighbours on the Gorge.

This garden was designed to recreate the unique components of traditional Japanese “stroll gardens” with the focus on understatement and simplicity.

Can you find the subtle turtle in the Zen garden?