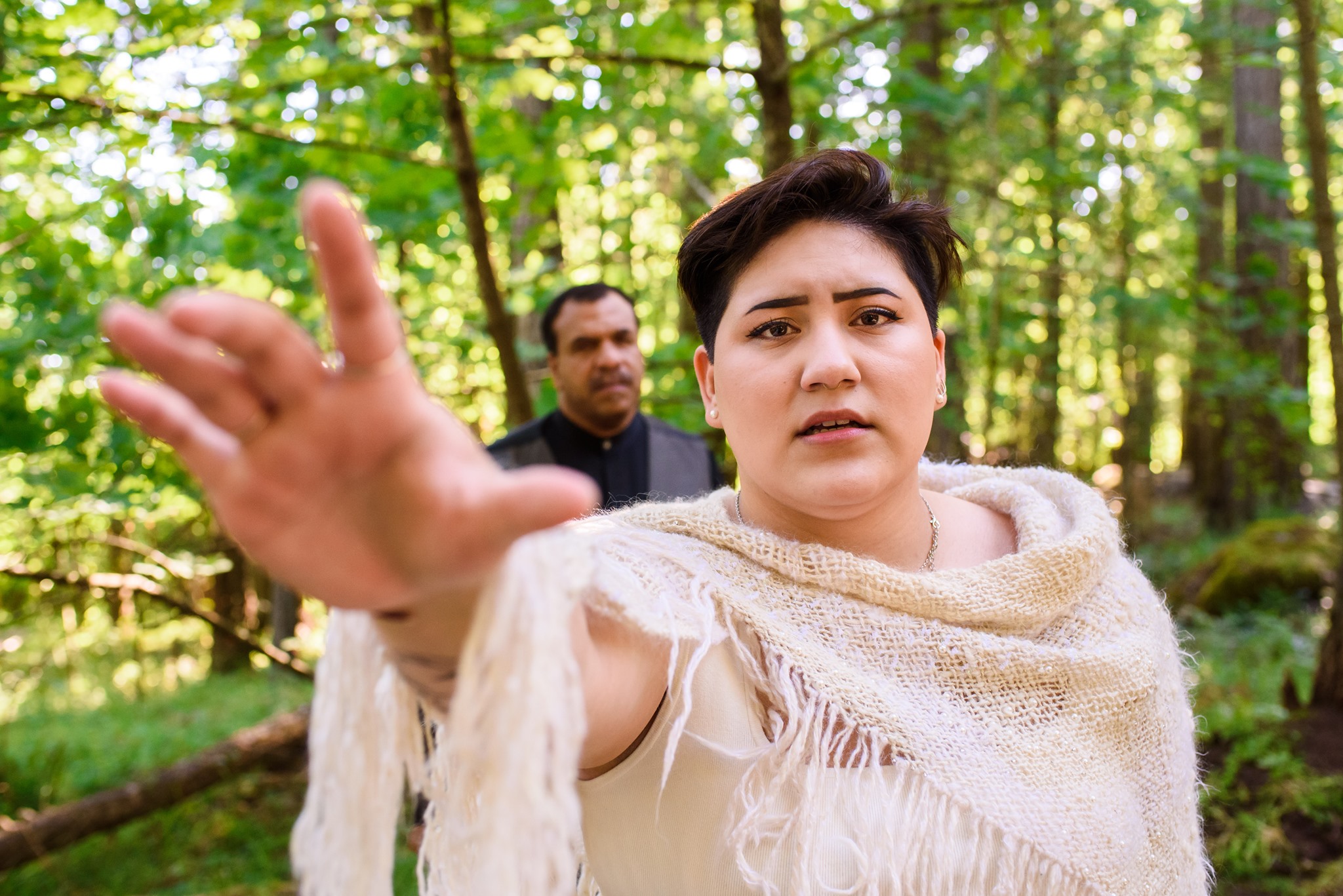 The Gardens at HCP is delighted to host the Greater Victoria Shakespeare Festival for their 2021 production: Cymbeline!

“A father cruel, and a step-dame false….”

When Imogen’s father – Cymbeline, King of Britain – wrongfully banishes her soulmate, the princess must embark on a near mythic quest to prove her fidelity, escape her stepparent’s dastardly plot, and reclaim her love. Here, the improbable becomes probable as kind strangers, dastardly villains, mysterious potions, mistaken identity, long-lost princes, and the clashing of armies pave the high road to reunion, forgiveness, and for some, Happily Ever After.

Tickets for the festival are now SOLD OUT! Depending on provincial health orders after July 1, we may be allowed to increase the number of tickets for each performance. If this is the case, Greater Victoria Shakespeare Festival will announce it through their mailing list and social media.

In addition to these ticketed performances, we are hosting two PREVIEW performances on Thursday, July 1st and Friday, July 2nd at 4:00pm. These preview performances cannot be booked in advance; admission is first-come, first-served and is included in the garden admission fee.

How to attend a free preview performance:

Thank you and see you soon!

Garden of the Month: July 2021
Scroll to top