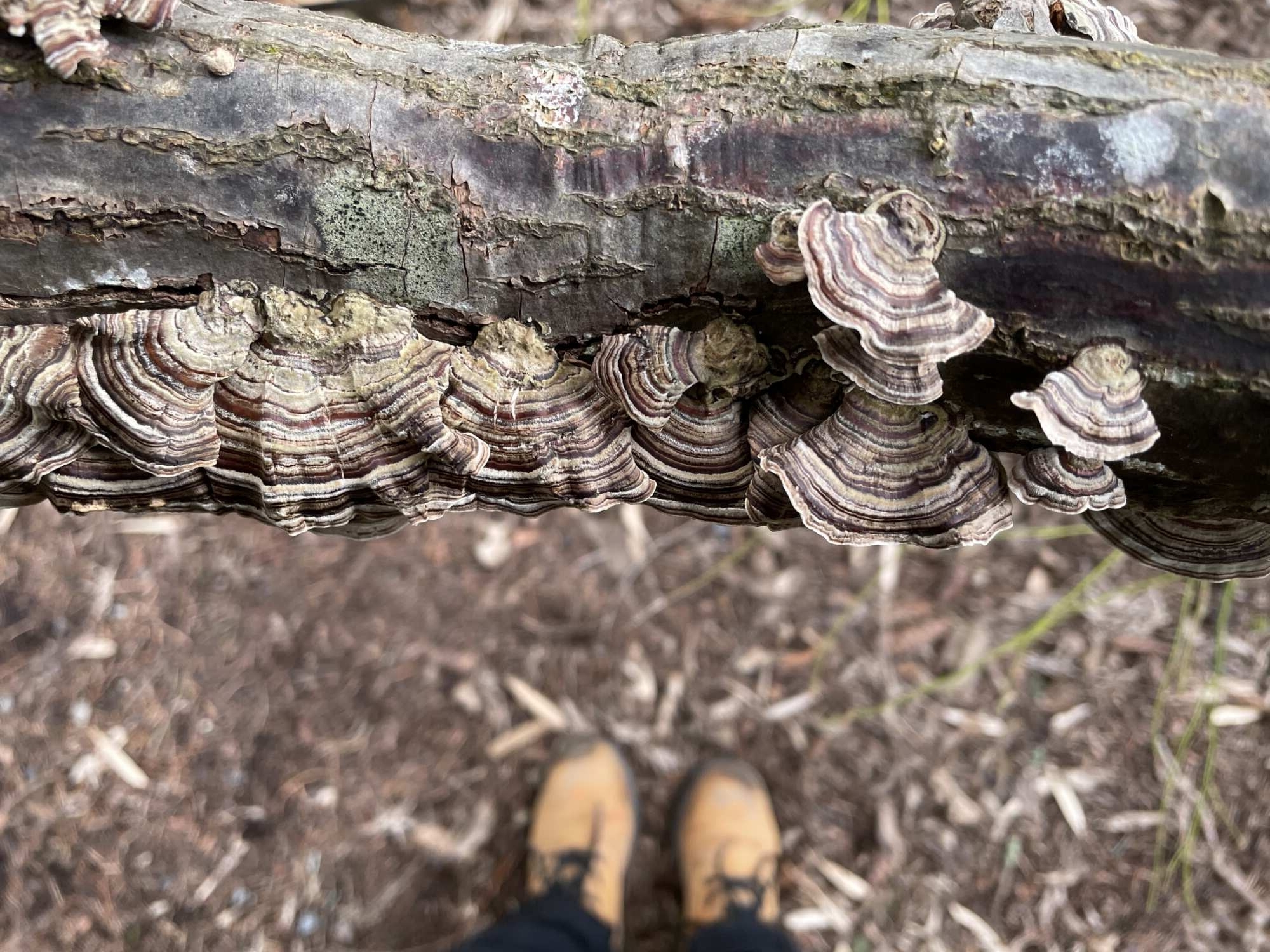 You may start to notice mushrooms rising from the ground in the fall. Fall is undoubtedly the best season for the growth of mushrooms. A few weeks after the first rains, when there is adequate moisture in the soil and the temperatures have dropped, the fruiting bodies of mushrooms will begin to show their faces. You may wonder, where are these mushrooms hiding during the other seasons? Before answering this, let’s take it back to the fundamentals of a mushroom.

Though fungi used to be considered a plant, extensive research has shown they are far from that. They are now considered their own category, known as the fungal kingdom. Fungi range structurally from unicellular organisms, such as yeast, to multicellular, multi-branched networks of hair-like structures called mycelium. Mycelium makes up the underground vegetative growth of a mushroom.

A mushroom is the fruiting body or reproductive structure of a fungus. It is the most recognizable form of fungi, however only a small number of fungi produce mushrooms. The mushrooms release their spores in order to create a new generation of mushrooms. Like seeds, the spores fall from the mushroom onto the soil. When the conditions are right, they will germinate and give rise to mycelium!

Though they may seem small and insignificant, they play an incredibly important role in recycling nutrients in the ecosystem. Most commonly, fungi recycle nutrients by decomposing or feeding on dead organic material and returning the nutrients back into the soil. There are other types of fungi, known as mycorrhizal fungi, which form mutually beneficial or “symbiotic” relationships with the roots of living plants. The fungi provides the plant with a particular nutrient and in return the fungi receives sugar to feed on. However, because of the vast range of fungi, not all are beneficial. Pathogenic or parasitic fungi feed on living hosts, such as trees, and can cause severe internal damage and even death.

To build on the seemingly hidden importance that fungi play, these fruiting bodies provide not only edible but medicinal properties that quietly appear in day to day life. For example, Penicillium notatum is the original culture for what we know today as penicillin, an antibiotic used within the medical field. And while we are all very familiar with the mushrooms that can be purchased at the grocery store, there is a vast variety that remains unnoticed to the untrained eye on our forest floors. These edible fruiting bodies include, but are not limited to; Pacific Golden Chanterelle, White Chanterelle, Yellow Foot, King Bolete, Admirable Bolete, Lions Mane, Cauliflower Mushroom, Pine Mushroom, Hedgehog Mushroom, Lobster Mushroom, and Angel Wings. Many of these you’ll notice are labeled within herbal and medicinal mixtures.

While foraging for these delightables can be appealing you will want to be sure to obtain some education on the matter- whether that’s joining local mycology clubs, intensive readings, or attending specialized post secondary programs. These fruiting bodies need to be harvested in specific ways to ensure that the ecosystems of which they thrive are not damaged. To add to mindful harvesting, the details within these tiny fruiting bodies can be easily confused with those of poisonous alternatives and have been documented to cause severe illness or even death. Be sure to consult with local resources to ensure your journey within mycology stems from a place of giving back to the environment from which you take. 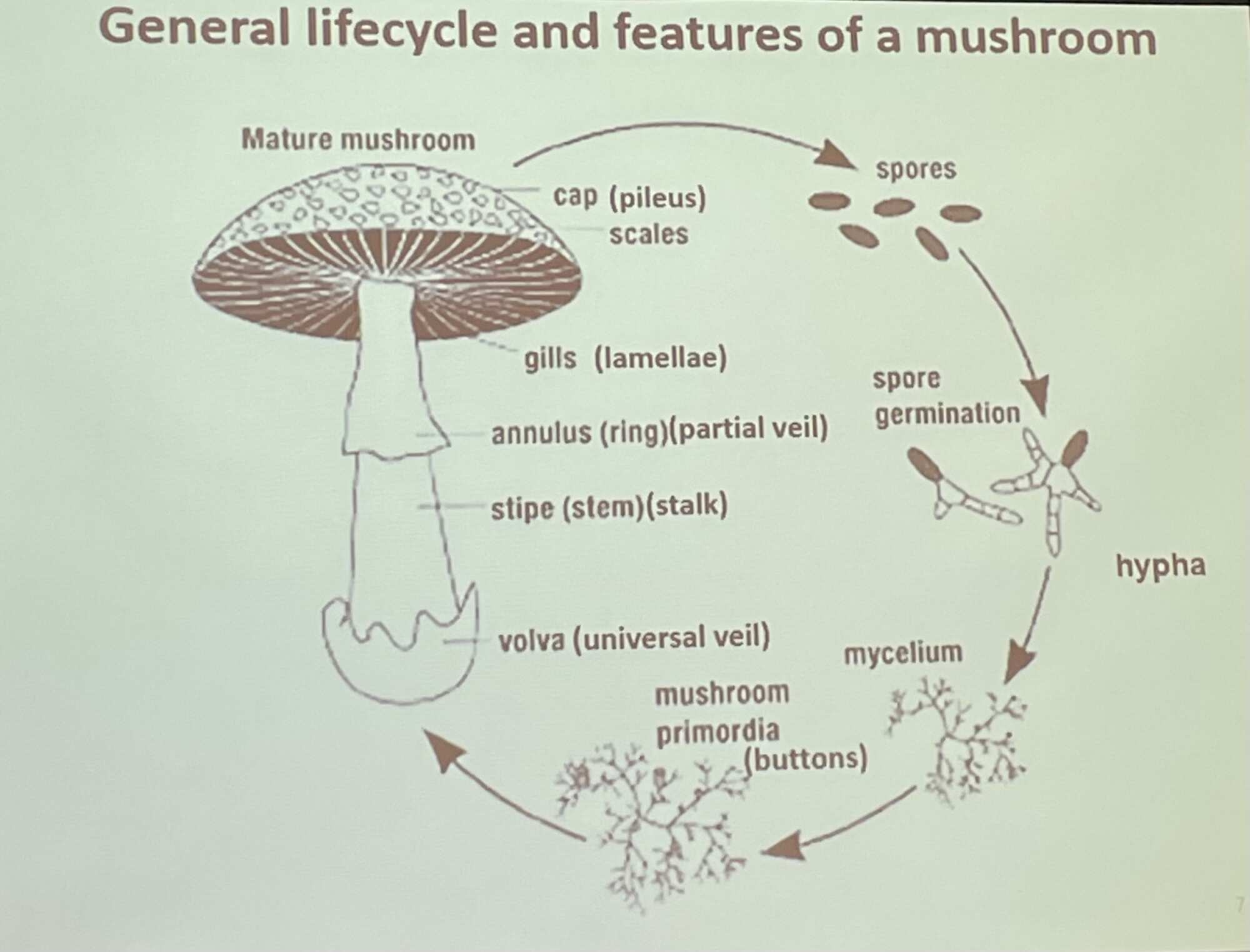 Festive season is here!! Our wreaths are now for S

We're getting ready for our wreath making classes!

The beautiful calm after all the rain.

A beautiful crisp day at the Gardens. The cool tou