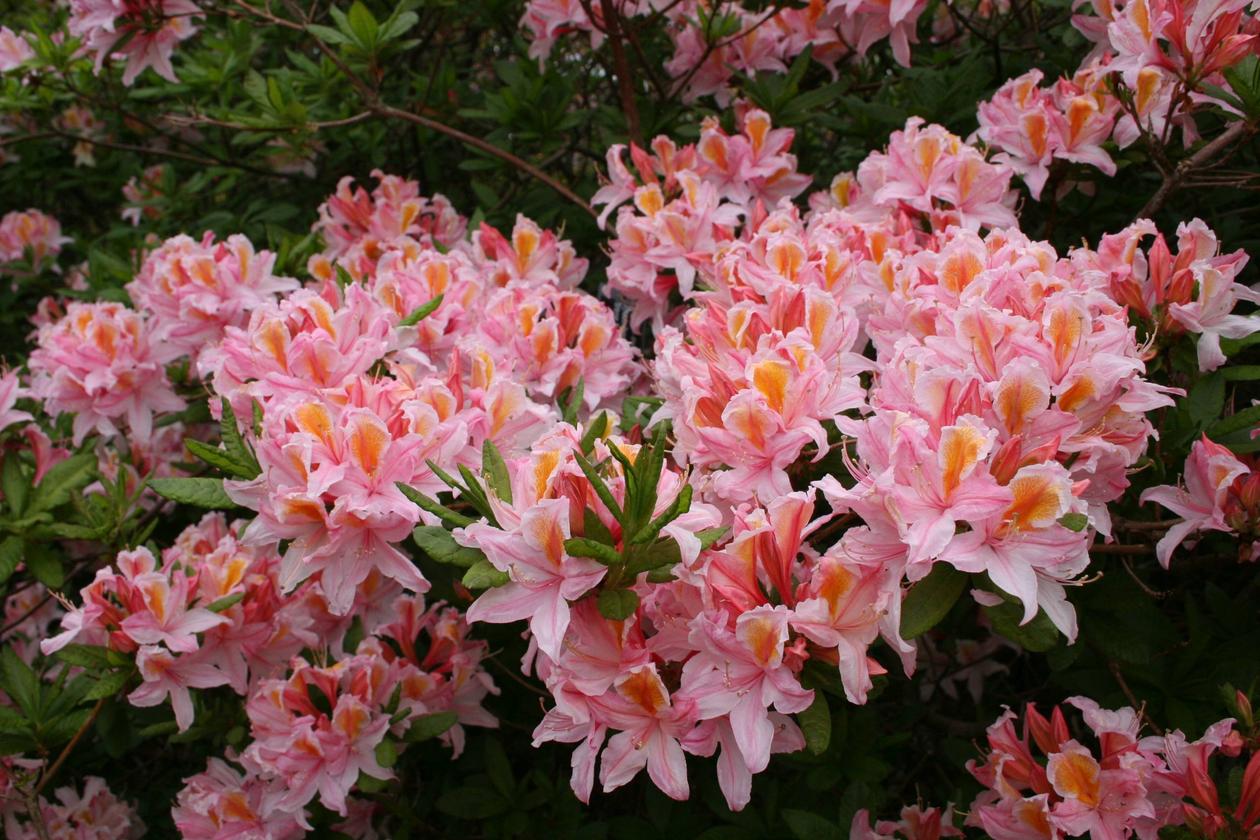 Rhododendrons
Student Blog Post by Amanda Connor and Marie Schamhart
Our class had the pleasure of meeting Bill McMillan who has had a clear passion for Rhododendrons most of his life. When asked what he loved most about Rhododendrons he replied “I love them because of the variety and the flowers”. This was certainly true as he has over 200 hundred species and cultivars in his own garden. There are about 900 known species which are mostly in Asia as Rhododendrons prefer temperate to subtropical climate, with over 30,000 hybrids that are registered and 3000 that are commercially imported. This gives buyers so many options to choose from when it comes to their garden specifically. Sizes range from a few centimetres up to 90 feet high… this certainly leaves room for error if you put the wrong size in your own garden!
Clade A refers to all Rhododendrons, clade B is the subgenus of Hymenanthes which refers to elepidote (no scales) on leaves and branches, these typically have large leaves and terminal flowers. Clade B or C subgenus Pentanthera split off from Hymenanthese 22Ma ago, belongs to the deciduous azaleas generally have five stamens which is a great ID point. Clade C Tsutsutsi evergreen azaleas which often have softs hairs and flowers and leaves together. Some species of rhodos have a toxin in the pollen called Grayanotoxin: a Greek historian wrote about Greek soldiers whom consumed honey made from the rhodos in the surrounding area, they then later began to hallucinate and become ill.
Rhodos are in the Ericaceae family with 14 fungal species that aid in nutrient uptake. This is why you can find Rhododendrons growing in various soils such as bare limestone. Although it is a durable tough plant the ideal conditions would be organic rich loam soil, slightly acidic conditions between 4.5 and 5.5. They absolutely need well drainage, but require summer moisture with 4-6 hours of sun or more but protected from the late afternoon summer sun. Azaleas and small leafed rhodos can take more sun if well watered and large leafed rhodos do better with filtered light and protection from the wind.
It is recommended to plant them high as compaction will occur, the roots are shallow so they need to be planted with a wide hole and only 8-12”deep. Soak the root balls generously if they are in a pot or in the ground and be sure to water deeply once planted. Although people within the rhodo industry can’t agree when the best time is to plant them, fall and spring would be best with avoiding doing so in summer months. Mulch with weathered cow or horse manure, compost, rooted leaves (oak is great) or bark chips but with this option a nitrogen source will need to be added. When mulching apply 4” but avoid doing so near the main stem or heavily over the root ball as the most active roots are near the periphery. Fertilizing is recommended every two months from November to July, a 10-8-6 will do the job nicely in the winter and fish fertilizer is used after flowering. We hope that with this information you feel more confident to plant rhodos in your own garden.
Photo: Rhododendron occidentale ‘Irene Koster’ a highly fragrant rhodo that attracts pollinators.

Join us on May 21st for tomato day! We will be sel

Garden Friends – A Series for Children and a Par