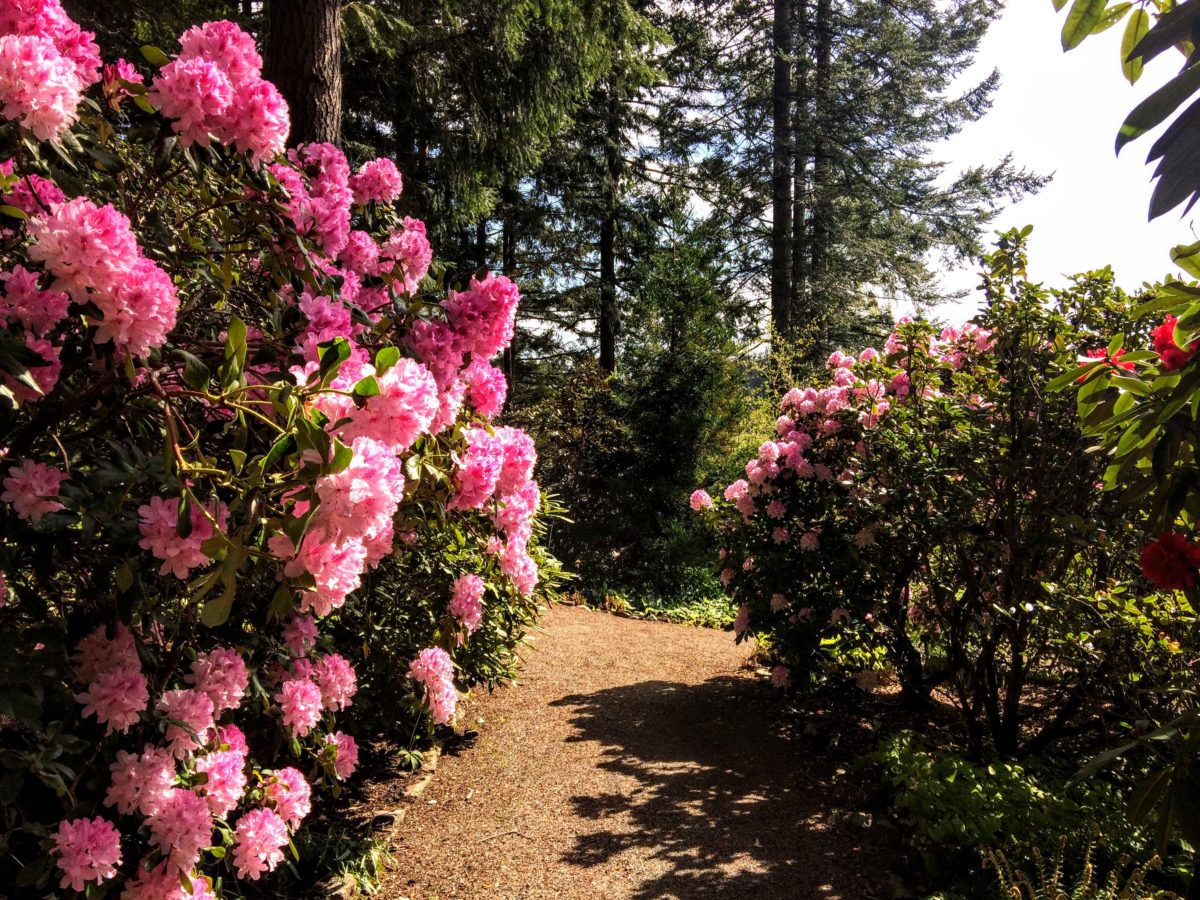 A woodland setting demonstrates a harmonious garden with year-round interest by displaying both evergreen and deciduous Rhododendrons.

Generally, most rhodos like shade or part shade and were originally planted under the large Douglas-fir and Grand fir trees but because of a root rot (Phellinus) many of the more hazardous trees were felled. This area has poor drainage so most of the rhodos had to be elevated, coarse sand and leaf mulch added and many drainage ditches dug.  Generally, rhodos like to sit on a mound.