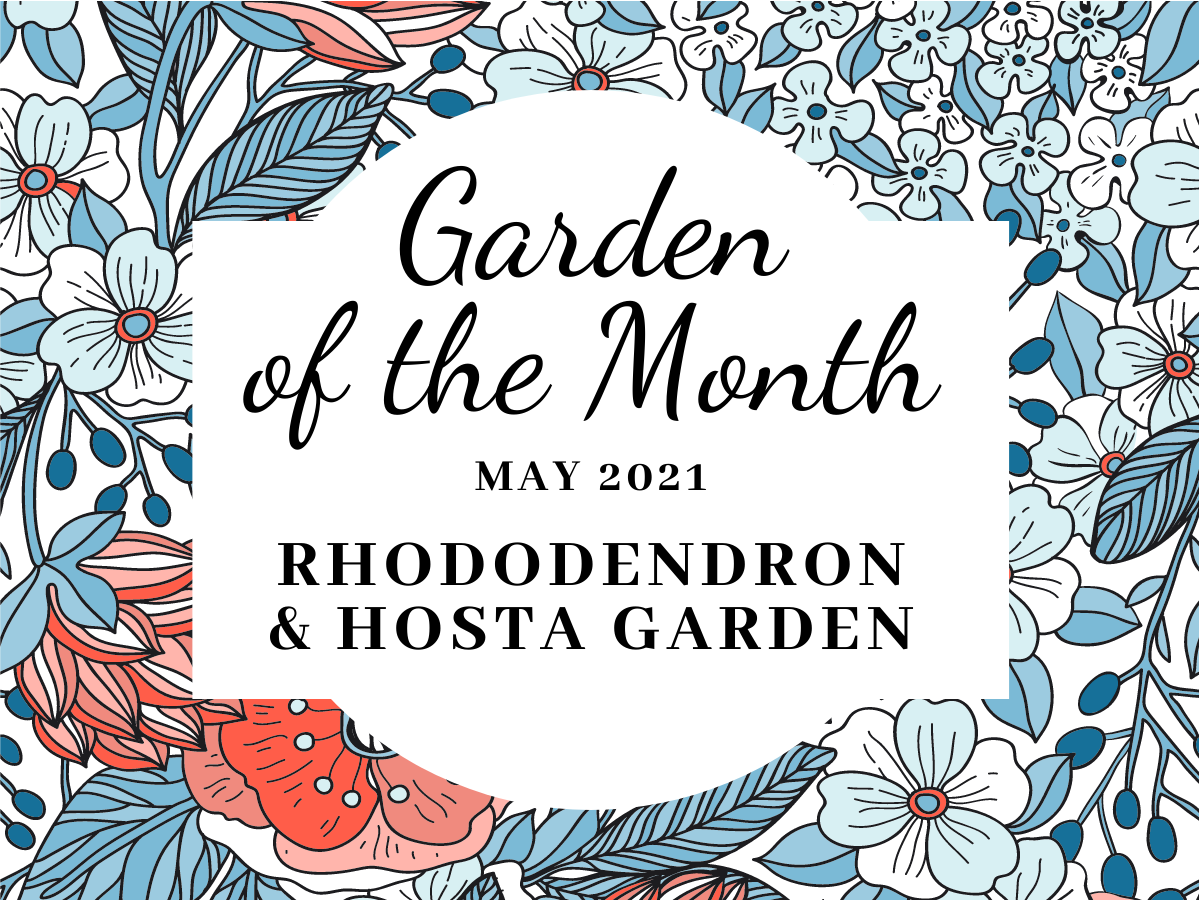 The Garden of the Month for May 2021 is the Rhododendron & Hosta Garden!

Beginning in 1985, the Rhododendron and Hosta Garden was developed from a forested hillside and began with 150 plants. Unfortunately, poor drainage in the glacial soil led to rampant root rot by 1993. An extensive makeover undertaken from 1995 to 1998 led to the present garden layout, where you come down the welcoming stone steps and follow the network of paths between raised beds, encouraging a peaceful stroll to enjoy the beauty. The garden emphasizes rhododendrons – we have about 400 kinds – with well known species, newer and even as yet unregistered hybrids, and we have expanded the species collection. We feature everything from the majestic ‘Big Leaf’ to the diminutive dwarf rhododendrons with deciduous and evergreen azaleas. Bloom starts around Christmas with R. ‘Lee’s Scarlet’, ramps up in March and April and peaks in May and June. Some late bloomers even flower into July and August, the latest being R. auriculatum. Perfume from Fortunei Series rhododendrons and hybrids will add to your enjoyment and that from azaleas such as R. luteum, R. ‘Irene Koster’ and R. occidentale will entrance you. For the record, azaleas are a type of rhododendron! We have more than 70 hosta species and cultivars amongst the 250 varieties of companion plants. Our magnolias bloom early and are over by May, but the hostas, which are pushing in late April, should be prime by mid-May and of course they flower in the fall. Don’t miss our small but powerful Guard Dragon. His lair is in the lower part of the garden above the wisteria arbour that borders the Zen Garden, and looks out from his vantage point near Magnolia dawsoniana ‘Barbara Cook’.

This information is available as a handout from the front desk with photo references to help you identify the above plants (or click here to download).