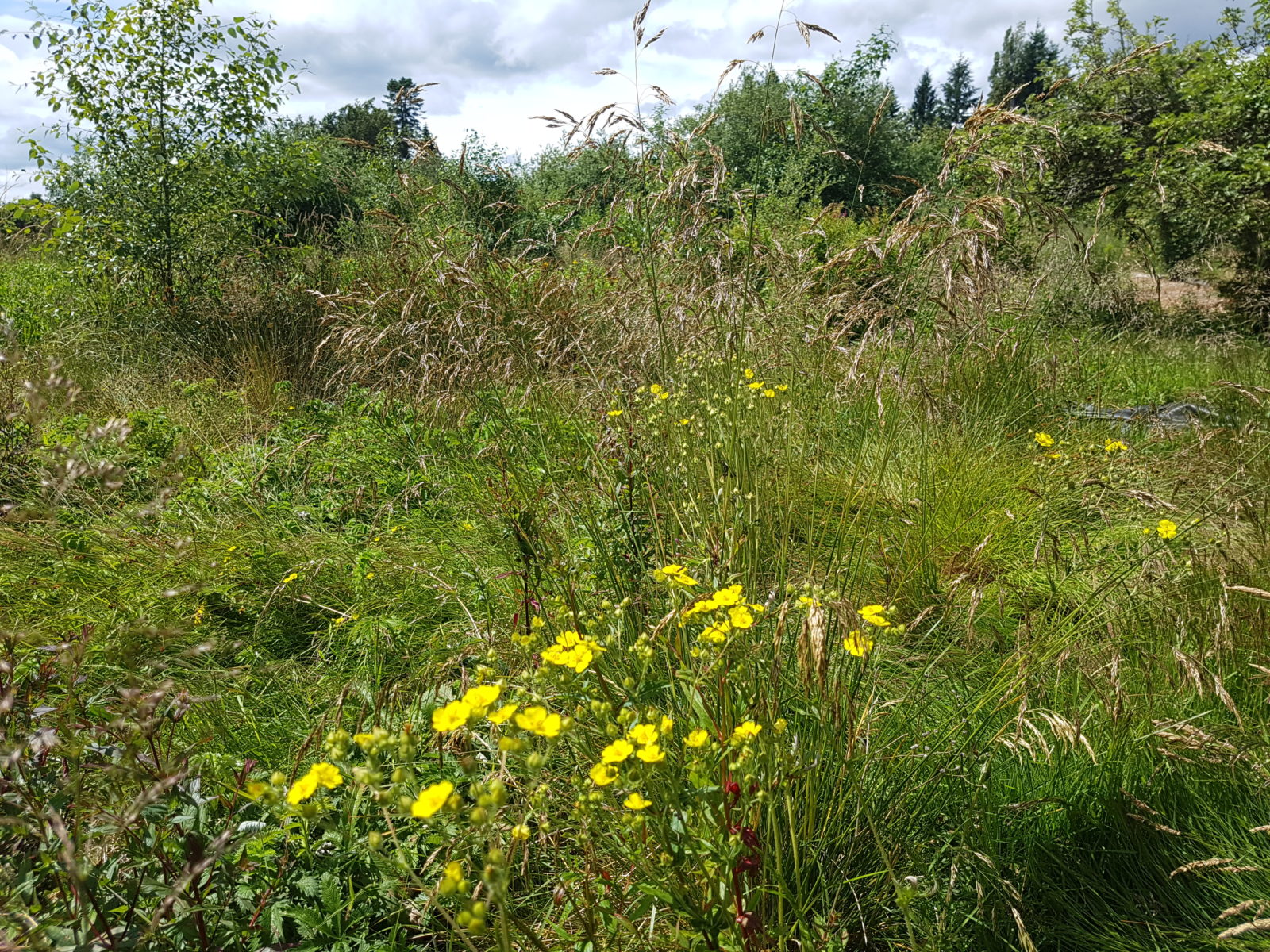 A blog from our Pacific Horticulture College in two parts:
Part One: Environmental Stewardship
by: Alexandra Spalding 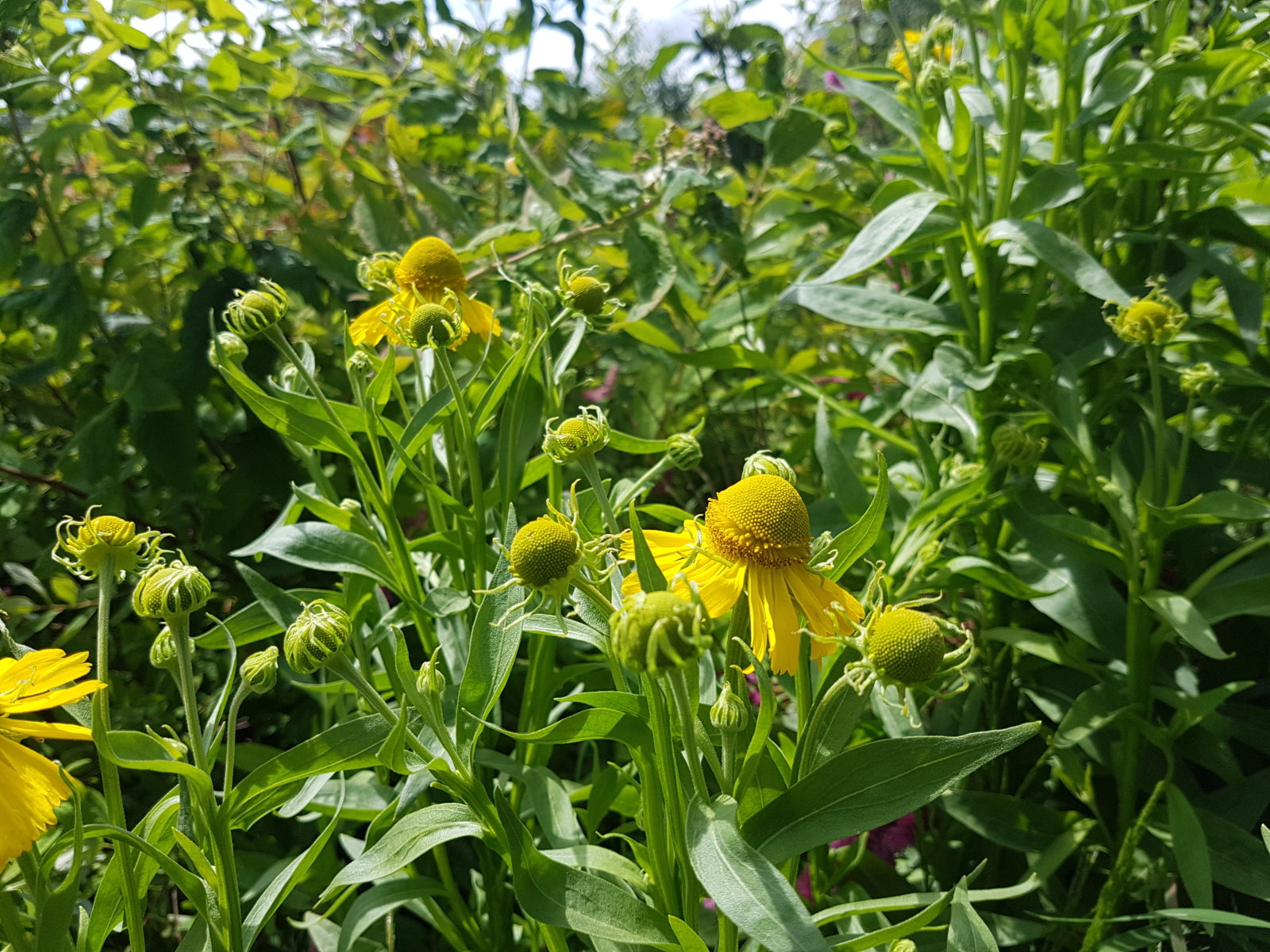 On June 27, Kirsten Miskelly from Saanich Native Plants spoke to the PHC 2019 class about Environmental Stewardship and our role as horticulturists in caring for our local environment. Saanich Native Plants (SNP) plays a vital role in helping to maintain and restore native ecosystems on the Saanich peninsula. SNP resides at Haliburton Community Organic Farm where they have started an initiative called the Haliburton Biodiversity Project. The Haliburton Biodiversity Project is a demonstration space that includes wetlands, hedgerows and meadows, designed to educate visitors on the possibilities of remediating former farmland. Ecological diversification and restoration of former farmland sites is especially important on the southern tip of Vancouver Island as so much of its former open grassland has been converted to agriculture with many species lost as a result. Plants native to the greater Victoria area make up 20% of the entire Species At Risk Act plant list, a list that includes species from across Canada! For such a small area within the country, southern Vancouver Island and the Saanich peninsula is a unique place, home to a special reservoir of drought tolerant, heat resistant, coastal native plants suited to a warm, dry climate with low rainfall. How do we define native plants? SNP has a rigorous definition compared to others; while some may say a plant is native if its found on Vancouver Island or within the region of the Pacific Northwest, SNP defines native plants as populations of plants that are local . Seed collection for propagation is limited to Victoria, up the district of North Saanich and Metchosin while areas beyond the Malahat are considered too far afield. By collecting seed from such an intensely local area, SNP is creating a reserve of plants especially suited to the conditions of southern Vancouver Island, while preserving the unique genetic biodiversity of the area. Biodiversity is especially important as we enter an era of climate crisis; the more diverse the gene pool of local species is, the more it will be able to adapt under these climate constraints. Ensuring that these local plant populations survive and thrive is also key to ensuring local pollinator abundance. Saanich Native Plants carries out its mandate through seed collection, growing and propagation, plant sales, biological surveys, consultation and education. A close partnership with First Nations is integrated into their operations, with a strong focus on Indigenous knowledge and leadership. Kirsten spoke of native habitat restoration as a form of reconciliation, a powerful idea for those working to decolonize the land around us. It is important to acknowledge that this landscape was not only home to First Nations people but actively managed by them. Prescribed burning by First Nations people transformed the land into diverse meadows teeming with life. It was precisely these open, bountiful grasslands dotted with garry oaks that first attracted European settlers to southern Vancouver Island as the area was deemed ideal for farming.
How can we as gardeners and horticulturists act as environmental stewards? The most straightforward way is to include as many native plants as we can in our gardens! Grow flower species such as Camassia quamash (Common camas), Plectritis congesta (Sea blush) or Prunella vulgaris (Common heal-all). There are many species to choose from that tolerate shade, seasonal spring flooding and our long, dry summers. To ensure the health of native pollinators resist the urge to cut down spent vegetation in the fall, by leaving vegetation standing overwinter you can provide homes for native solitary bee populations. Take steps to understand the history of the greater Victoria area and how intimately connected the lives of First Nations are to the landscape, and learn about native species including insects, mammals and bird populations and how they are inextricably linked to native plant species. Participating in restoration projects as a volunteer or on your own private property is another rewarding way to get involved in stewardship activities. Check out the Saanich Native Plants website to find out more about volunteering for the Haliburton Biodiversity project or to join one of their workshops or tours. Visit their nursery at 741 Haliburton Rd. for a selection of native plants and get planting!
Part Two
by: Erin Weckworth
On June 27, our class was treated to a fantastic talk and field trip with Kristen Miskelly, biologist and owner of Saanich Native Plants. In the morning, she spoke to us about her nursery and local native plant conservation and then in the afternoon we were given a tour of their nursery.
Kristen and her husband James started Saanich Native Plants in 2013. They are both biologists with a background in the ecology of Southern Vancouver Island. Their focus is on growing native plants from the Victoria area in order to promote local biodiversity and create habitats for the wildlife that rely on them. These include plants from meadows, forests, wetlands and beaches. Saanich Native Plants started with 2 employees and now has 7. They offer plants, plugs, customised seed packets and planting guides. Their nursery also features a demonstration wetland garden that they built and maintain with the help of volunteers.
What I thought was really neat is that they don’t just sell plants, they also operate as an environmental consulting company. They offer client services such as mentorship, conduct biological surveys, create planting prescriptions and are very involved in conservation efforts. They have conducted ecological restoration projects and do a lot of work with local Indigenous groups.
I am also super impressed with their website, it’s a great resource to check out for information about local stewardship events as well as a variety of interesting workshops and talks on topics ranging from planting native hedgerows to bees and pollinators to creating meadowscapes for biodiversity. I highly recommend having a browse! 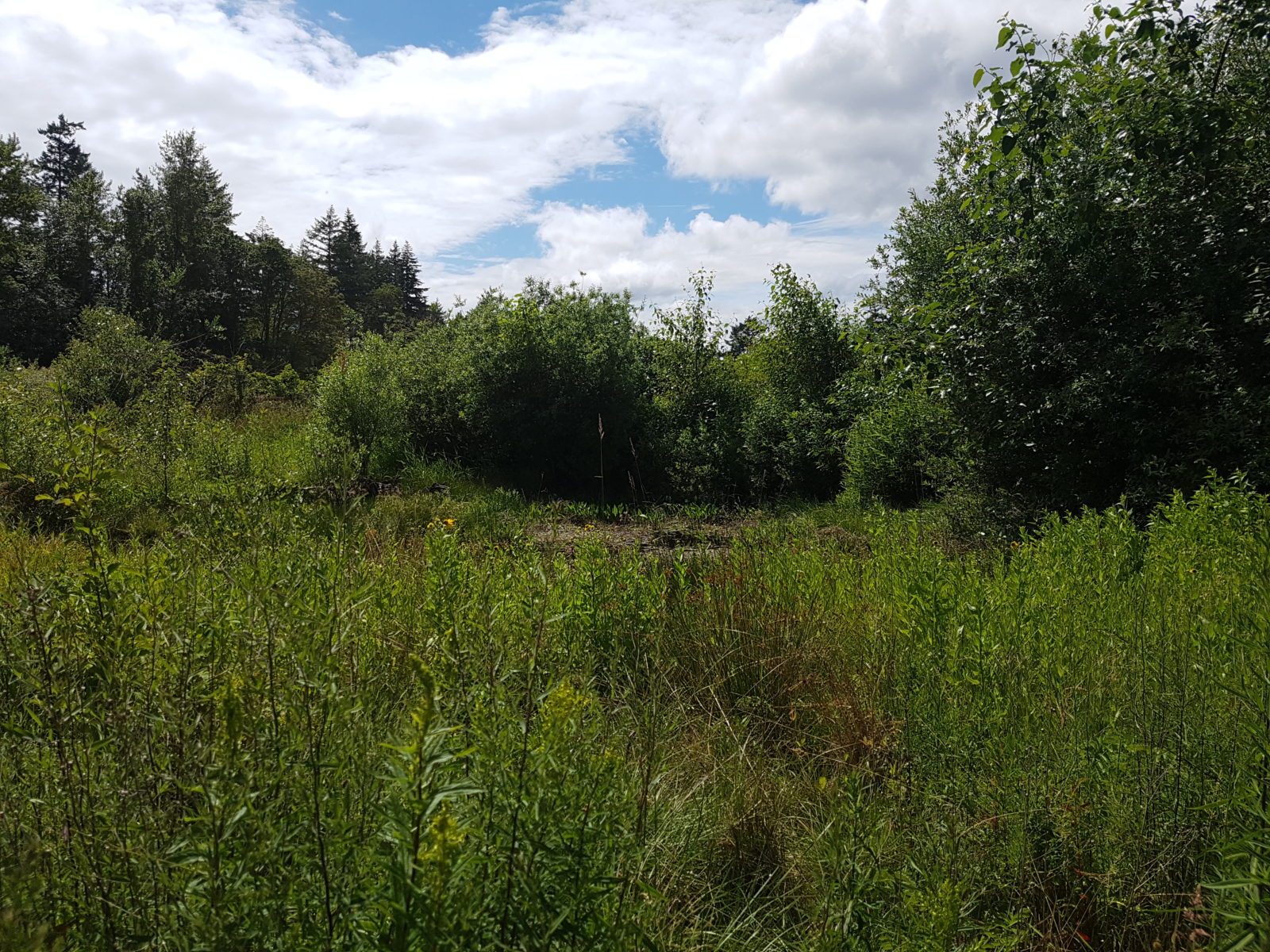 One cool restoration initiative Kristen talked about was the Haliburton Biodiversity Project through their partnership with Haliburton Community Organic Farm. The goal is to get farmers rethinking about how non-agricultural areas of their land can be used to support native species and preserve natural areas. The farm features a demonstration site for organic and sustainable farming practices, wetland, meadow and forested areas to exemplify how land can be restored to increase local biodiversity. A large part of this project has been done by volunteers who have been involved in restoring these areas of the farm since 2007. They initially started with a degraded wetland and monoculture of invasive Reed canary grass, and through their efforts now have a diverse native wetland that supports many different insects, frogs, snakes, birds and salamanders. I thought this was such a neat idea because there are so many species at risk and growing issues with invasive species nowadays, that it’s important that we continue to think differently about land use planning and urban garden design.
The Haliburton Biodiversity Project reminded me of a similar stewardship program through the Delta Farmland and Wildlife Trust who offer farmers subsidies to plant beneficial cover crops and hedgerows on fallow fields in order to support small mammal populations and provide food for raptors (and Delta has the highest concentration of raptors in Canada!).
They are actively involved in promoting indigenous traditional food usage through their project Harvest4Knowledge in the territory of Lekwungen-speaking Peoples, Songhees First Nation and Esquimalt First Nation, and have helped design Indigenous plant gardens at several local schools. The gardens feature interpretive signage in both Lekwungen and English. They also act as interactive learning environments for students to learn about traditional plant knowledge though their elders.
Kristen also spoke to us about the most traditional method used by Indigenous peoples for maintaining and controlling ecosystems here on the island: fire. According to the Garry Oak Ecosystem and Recovery Team, burning by Indigenous groups has had an important influence on the structure and composition of Garry Oak ecosystems. They would historically use fire to manage food resources and the harvest of plants such as camas, berries and ferns. These prescribed fires also helped to prevent and control pests and diseases, as well as prevented the build up of fuels in the landscape. As scientists and land managers are learning today, fire is extremely important in maintaining forest and ecosystem health. Nearly all the vegetative landscape of British Columbia has been shaped by wildfire. Scientists have been urging governments to apply traditional Indigenous knowledge on prescribe burns to prevent the spread of wildfires. Consequently, prescribed burns are now being adopted and used more frequently as a very effective restoration technique to renew growth, clear brush and create natural fireguards.
Saanich Native Plants rely heavily on volunteers to help with their restoration projects and invasive species removal. They conduct work parties on the first Saturday of every month, where volunteers get to learn about local plants and wildlife by getting involved in planting native plants, invasive species removal and wildlife monitoring. The next work party will be held on the morning of Saturday, August 3rd followed by a lunch time potluck. To get involved, contact [email protected] for more information. See you there!

Summertime in the Gardens at HCP
Scroll to top